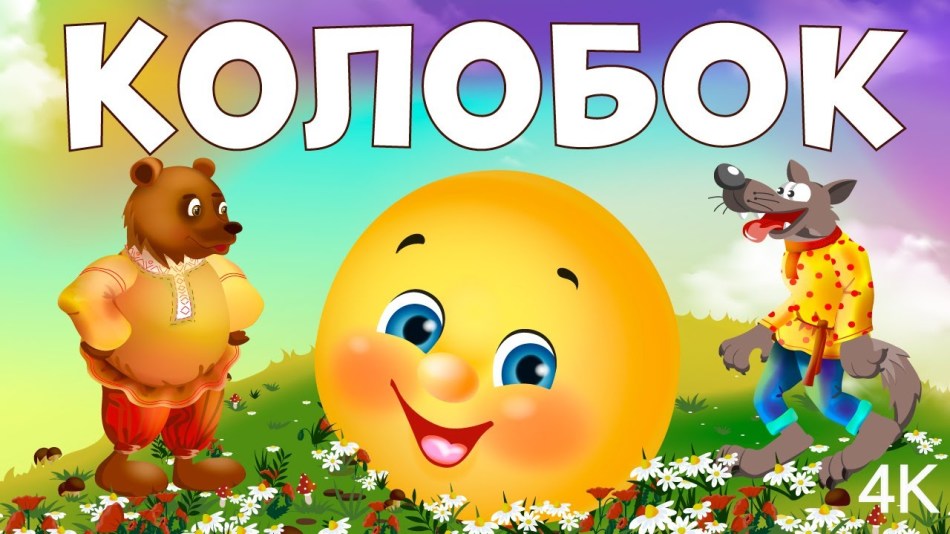 Once upon a time there was a little boy called Leo who lived in a big farmhouse with his mother and father. His mother spent all her days baking, and people would come far and wide to buy her delicious bread and cakes.
One morning Leo’s mother made a very special cake. It was called a Johnny-Cake, and she put it into the oven to bake.

“Now you be a good boy and watch the cake while we work in the garden,” said Leo’s mother.

Leo did what as he was told and sat patiently by the oven. So Leo’s mother and father went out into the garden. His father hauled the potatoes and his mother picked them up and put them into a huge basket. They sang as they worked because they were happy people. And they were looking forward to eating a delicious cake that was being baked for them also.

But while his father and mother were working, Leo didn’t watch the cake all the time. In fact, he forgot about the cake for a few minutes and started playing with his pet dog.
“You boy, come here, come here!”
Then all of a sudden he heard a noise. Little Leo’s bumped round his chair and saw that the outer door was open and Johnny-Cake had jumped out.
“Come back, Johnny-Cake!” shouted Leo.

But in a flash Johnny-Cake had rolled right across the kitchen floor and then quickly made his way towards the front door and out of the house. Leo sped to the front door as fast as he could and tried to close it before the Cake could escape, but he wasn’t’ quick enough. Johnny-Cake had already rolled out of the door and down the path. Leo raced after him with his little pet-dog following behind.

“Come back, you, Cake!”
As he was running, he noticed his mother and father in the garden and shouted out to them: “Johnny-Cake has escaped from the oven!” Stop him, somebody!”
And when his father and mother saw what was happening, they left the work and joined the chase. So the great cake chase whizzed on.

“Come back, Johnny-Cake!” they all cried.
But Johnny-Cake wasn’t let them catch him. He didn’t want to end up in little slices on the plate.

“If you don’t stop rolling, we won’t have anything to eat for our tea!” Leo’s father shouted to the Cake.
But, of course, these words made Johnny-Cake roll faster than ever. And then Mr Cake felt so sure that they wouldn’t catch him that he chuckled as he rolled: “Ha! Ha! Ha!”
“Stop that cake!”

Past all the houses in the village, they ran but Johnny-Cake rolled too fast for all of them and it soon rolled so far that he was out of sight.
“Let’s stop and catch our breath!” said Leo’s father.
The all three agreed that they could run no more. So they gave up the chase and sat down on a village green to rest for a while.

“Oh, I can’t go further!
“Oh, I am too. I am completely out of breath!”
“Oh, what a funny cake!”
And still Johnny-Cake kept rolling. Soon he came upon two men who were digging a well. 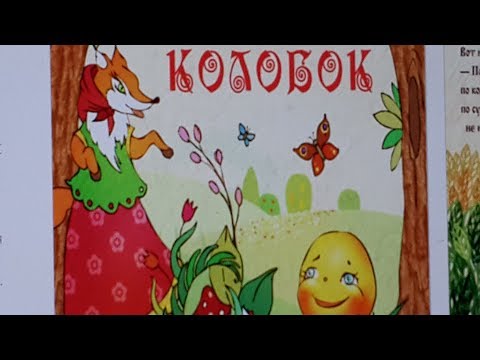 And when they saw him, one of them said:
“Where are you going, Johnny-Cake?”

“I am not going anywhere in particular. Ha! Ha! Ha!” said Johnny-Cake. “But I am a match for any man who wants to chase me. I’ve already outran an old man, an old woman and a little boy…” he cried out chickly to the men. “Come on! Catch me if you can! Ha! Ha! Ha!”
“Do you think if a dough little cake can outrun us?” said one of the diggers.

And they both threw down their picks and gave chase.
“Come on! Come on! Chase me!”
And the chuckling Cake rolled on the tremendous space. And after the two well diggers ran about a mile they were both completely out of breath and had to stop at the nearest inn for a jug of ale.
“It’s impossible … well, well, well. This is a thirsty work.”

On rolled Johnny-Cake, and soon came across two men who were digging a ditch.
“Where are you going, Johnny-Cake?” said the man.
“I might be going to the end of the earth,” said Johnny-Cake. “But if you want to find out you can catch me first. I’ve outrun an old man, an old woman, a little boy and two well diggers. Come on! Catch me of you can! Ha! Ha! Ha!”

So the ditch diggers took up Johnny-Cake’s invitation, put down their spades and gave chase. But Johnny-Cake soon rolled out far into the distance, and they ran so fast and were so exhausted that they knew that they would never catch up with him. So pushing and panting they sat down on the nearest tree stump and had a rest.
“Not to catch this one. It’s too fast for me!”
But Johnny-Cake didn’t need a rest. On and on he rolled. He felt that he could roll forever.
“Ha! Ha! Ha!”

Soon he rolled into the forest and there he met a bear. The bear was surprised to see a cake travelling at some speed and he called out to him: “Where are you going, Johnny-Cake?”

“I may be travelling to the moon. But if you want to find out, you’ll have to catch me first. I’ve outrun an old man, an old woman, a little boy, two well diggers, and two ditch diggers and… I can outrun you, too! Come on! Catch me if you can! Ha! Ha! Ha!” was Johnny-Cake’s reply. 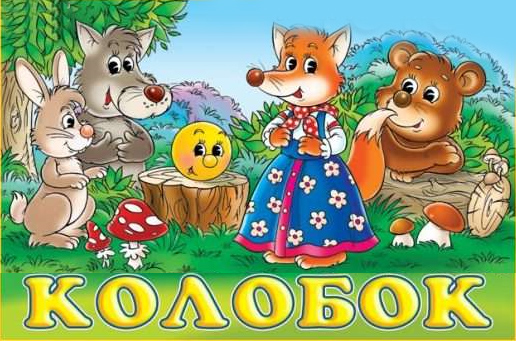 “You are no match for a bear like me!” said the bear.
So the bear started running after Johnny-Cake. But it was a big bear, and he was so fat that he could hardly run, and Johnny-Cake was so far ahead that the bear might just as well of giving up as the men.

The bear wouldn’t give up chasing him because his idea of tasty cake for his tea was too much to resist, so he kept on running. But Johnny-Cake rolled on such a pace that the bear was soon lagging far behind.
“Oh, no one bear can go more enough! Poor idea!”
Johnny-Cake kept on to him: “Come on! You can catch me!” he said. “Just run a bit faster!”

But the poor bear was too exhausted to even reply. The bear ran as far as he possibly could but eventually he had to give up the chase. So he stretched himself out and went to sleep on the roadside. He couldn’t run any more. Johnny-Cake had bitten him.

But Johnny-Cake certainly wasn’t bitten yet. He rolled through the woods still keeping up the same fast pace which he had when the chase had begun. 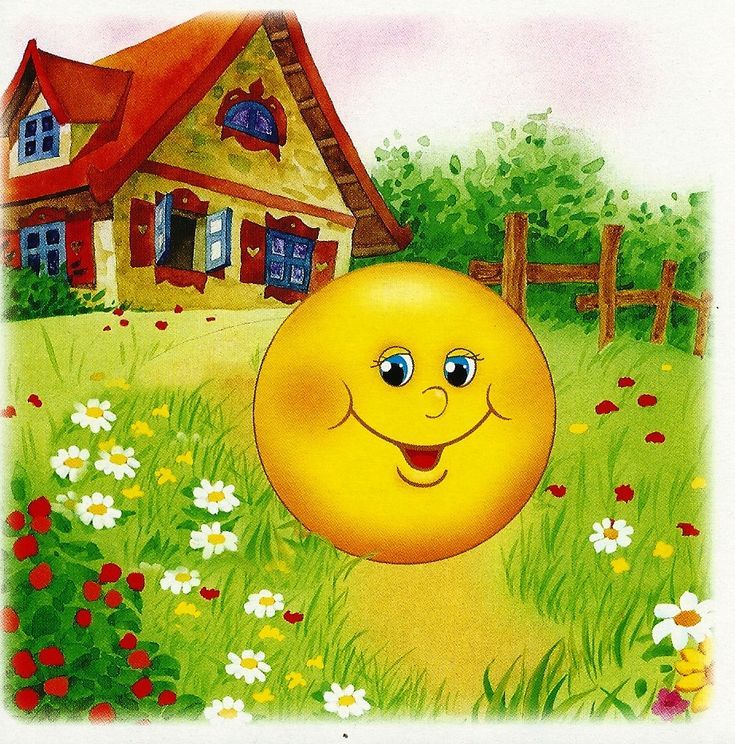 “Where are you going, Johnny-Cake?” said the wolf.
“I could be going to the sun,” said Johnny-Cake. “But if you really want to find out, you’ll have to catch me first! I’ve outrun an old man, an old woman, a little boy, two well diggers, two ditch diggers and a bear. And I can outrun you, too! Come on! Catch me if you can! Ha! Ha! Ha!”

“You think you can outrun me? You, honestly think a wolf like me won’t be able to catch you?” said the wolf. “Well, we’ll soon see about that!”
So the hungry wolf chased after Johnny-Cake who kept rolling so fast that the wolf with his half of hearts knew that he would never overtake him. In the end the wolf gave up and laid down on the roadside for the rest.

“So, who cares? I wasn’t hungry at all.”
And still Johnny-Cake got on rolling. Soon he came across a sneaky-looking fox who was sitting by a fence. The fox cried out: “Where are you going, Johnny-Cake?”

This was Johnny-Cake’s reply: “My own business. 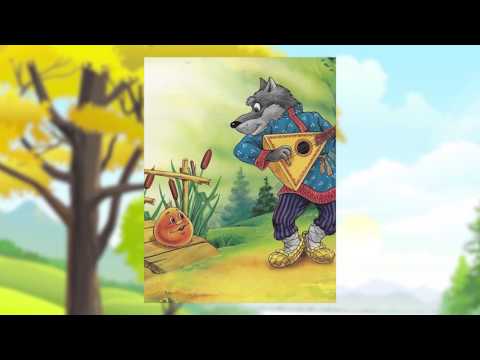 If you want to find it out you’ll have to catch me first. I’ve outrun an old man, an old woman, a little boy, two well diggers, two ditch diggers, a bear and a wolf! Ha! Ha! Ha! I can outrun you, too! Come on! Catch me if you can!”

“I’ve outrun an old man, an old woman, a little boy, two well diggers, two ditch diggers, a bear and a wolf! I can outrun you, too! Come on! Catch me if you can! Ha! Ha! Ha!”

After although the crafty fox had heard Johnny-Cake’s tones perfectly well, he pretended that he hadn’t.
“I still can’t quite hear you,” said the fox to the Cake. “Can you come just a little closer?”
Johnny-Cake rolled closer and looking straight at the fox he screamed:

“I’ve outrun an old man, an old woman, a little boy, two well diggers, two ditch diggers, a bear and a wolf! I can outrun you, too! Come on! Catch me if you can!”
Just as Johnny-Cake had finished shouting out this, the fox snapped up the Cake in his sharp teeth. 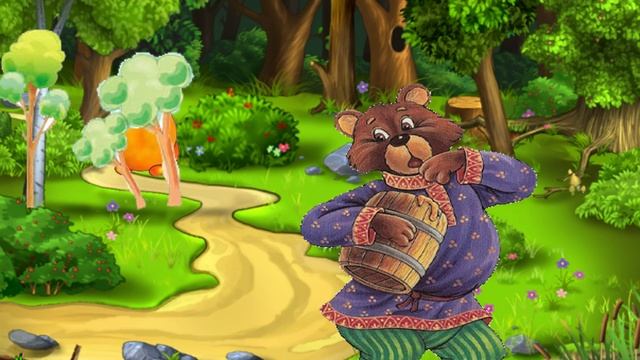 And that was the end of Johnny-Cake.

Review the grammar material on the following items:

1.Present Simple, Past Simple
2.Present Perfect and Past perfect
3.Gerund

Study the vocabulary and clear up difficulties using a dictionary if necessary: 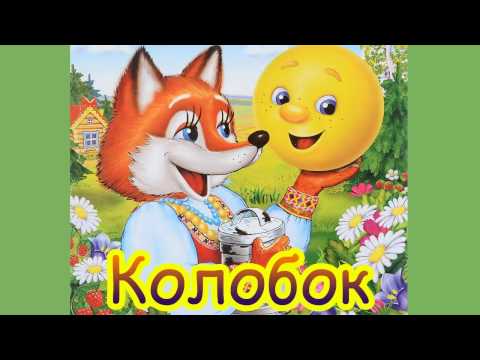 Choose the proper alternative to complete the following sentences according to the text: 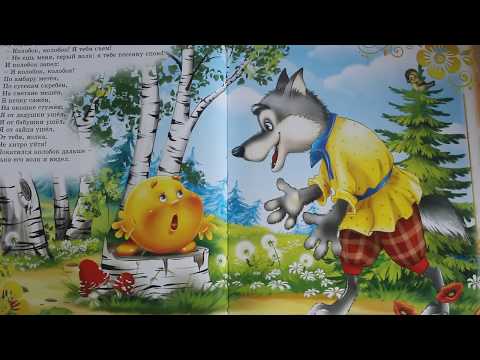 Agree or disagree with the following statements according to the text. 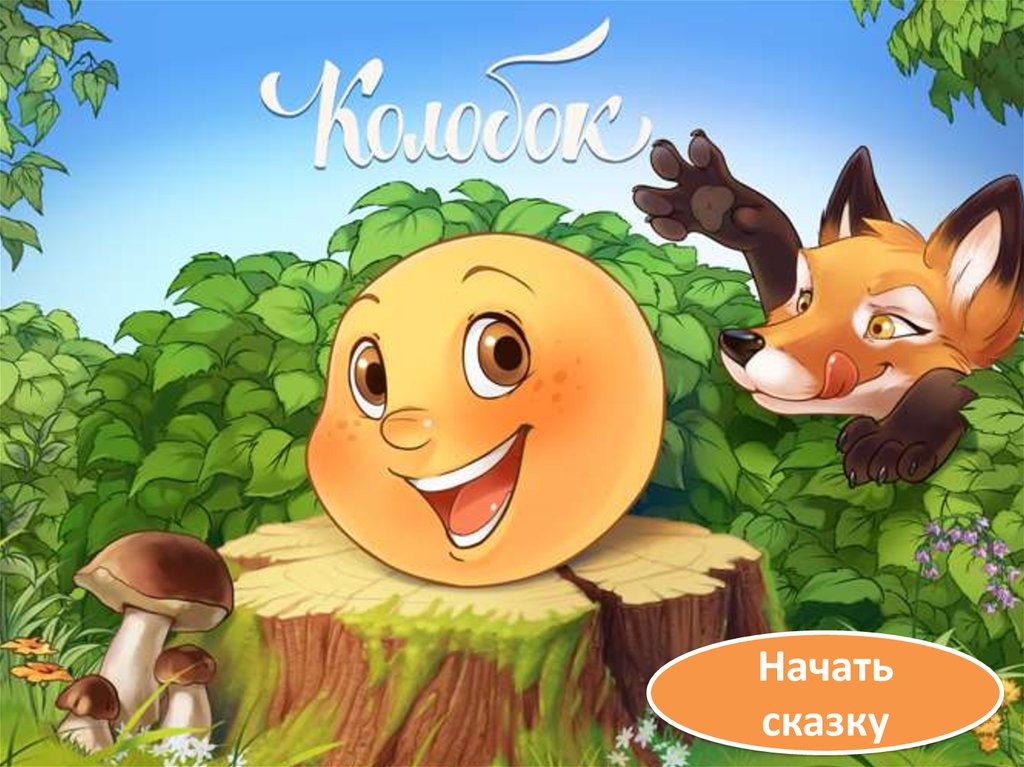 Correct the wrong ones:

1.Leo’s mother never spent all her days baking.
2.One day Leo’s father made a special cake.
3.Little Leo watched the cake all the time.
4.Johnny-Cake wanted to end up in little slices on the plate.
5.Soon Johnny-Cake was out of sight and Leo and his parents were out of breath.
6.Johnny-Cake rolled down at a low pace and the two well diggers caught him in a flash.
7.The two ditch diggers didn’t need a rest, but Johnny-Cake was completely exhausted.
8.Johnny-Cake wasn’t a match for the Bear.
9.Johnny-Cake kept rolling so fast that the Wolf was sure that he would never overtake him.
10.Johnny-Cake had a happy end.

Translate the following sentences into English 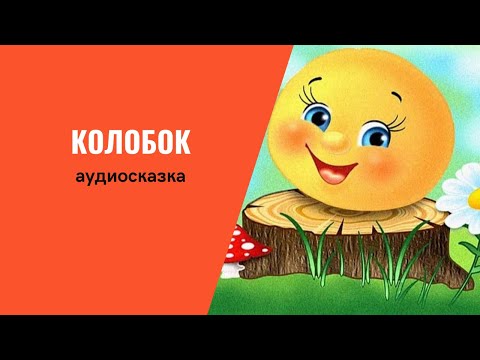 Listen to a passage from the tape and do the following:

1.Describe a scene.
2.Act out a play in characters.

Discuss or debate the following

1.Out of the flying pan into the fire.
2.Every man has a fool in his sleeve.
3.No flying from fate.
4.What’s lost is lost.
5.Saying and doing are two different things.
6.Self-praise is no recommendation.
7.A fool’s tongue is long enough to cut his own throat. 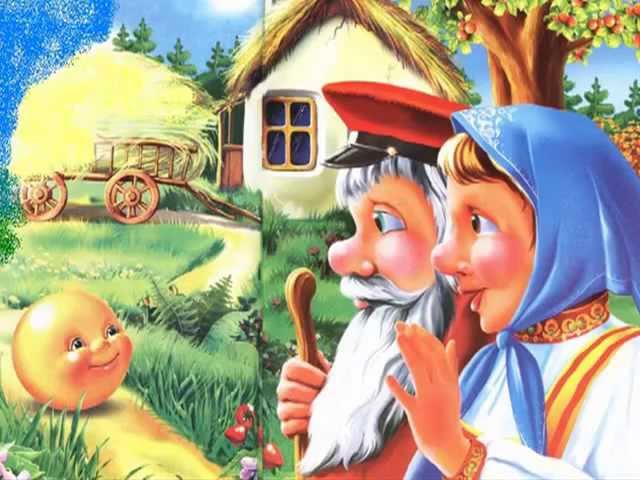 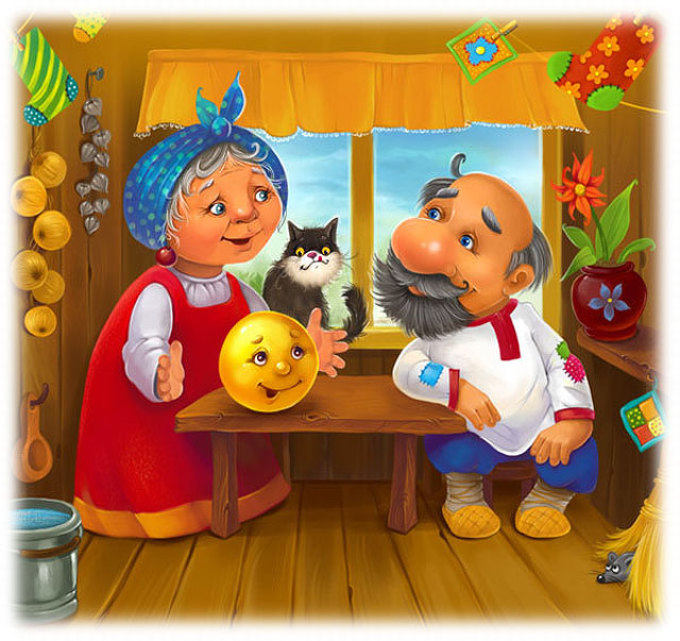 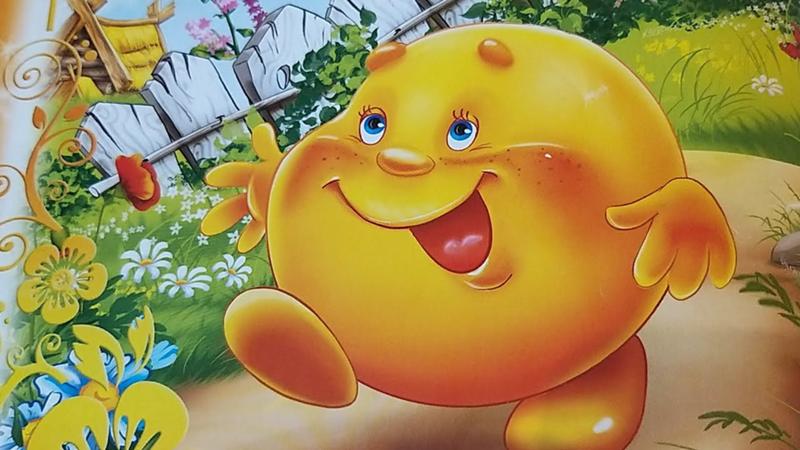 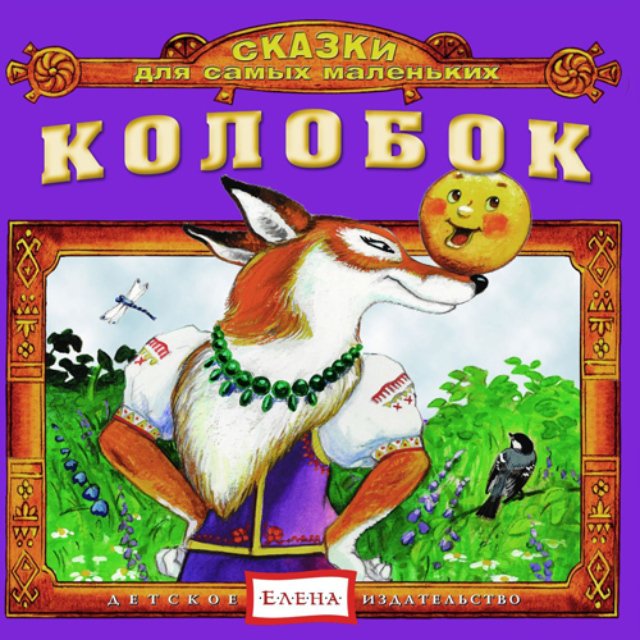 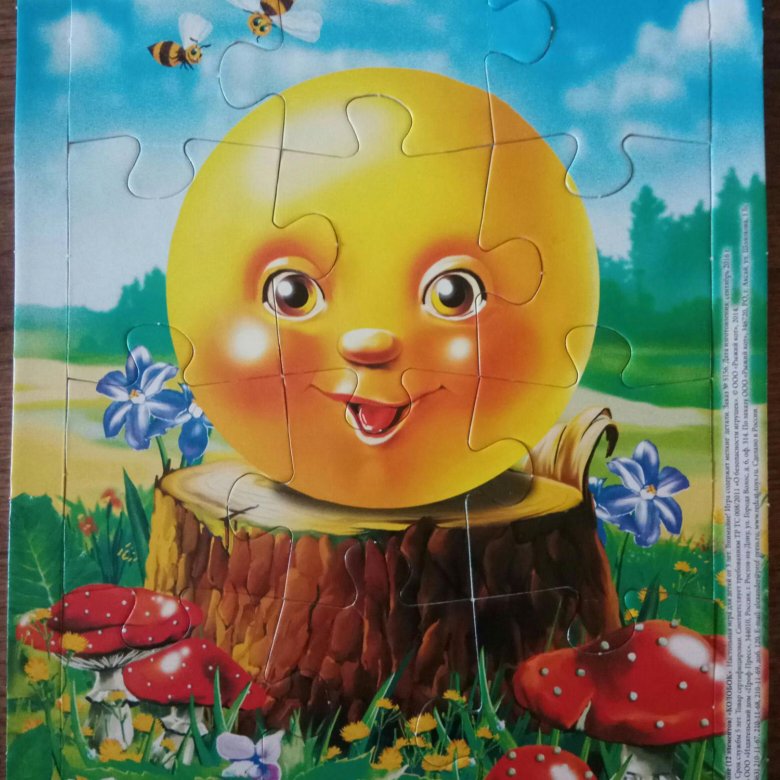